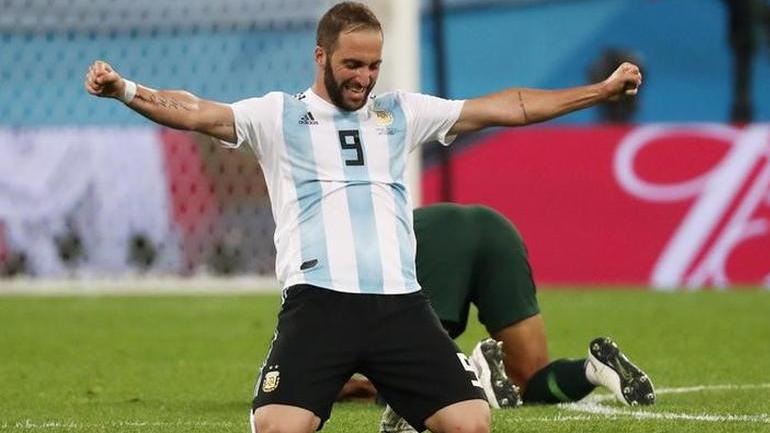 Gonzalo Higuain announces that he will no longer compete for Argentina as retire from team. Gonzalo Higuain forward player of the side features in the three fifa world cup and also featuring in the 2014 Final from the Argentina national football team. He retires as Argentina’s sixth-highest goalscorer

Gonzalo Higuain who plays for his club football for chelsea leaves La Albiceleste with 31 goals scored and appearances in three separate editions of the FIFA World Cup of 2010, 2014 and 2018. Argentina reached the World Cup 2014 Final, suffering a narrow loss to champions Germany in extra time.

“I think that it is over, thinking things through in depth, my time is up,” Higuain told Fox Sports. “I want to enjoy my family and my time. You can now stop worrying about whether I am there or not.”

In Total 75 Appearances from the Argentina side including Three word cup and three copa America events.

“We lacked more belief in our game, to be more convincing,” he reflected. “But nobody is going to value the process you achieved to reach the finals. We reached the final, we lost and we went back to another final. We suffered and then we reached another final.

“I do not know if there are many teams that have battled to reach another final after all the criticism.”

Higuain retires as his country’s sixth-highest goalscorer ever.

“When one is criticised badly, everyone hurts,” Higuain said. “I have enjoyed the national team. People remember what you miss, not what you put in. Everyone who criticised the mistakes also celebrated that goal against Belgium.”