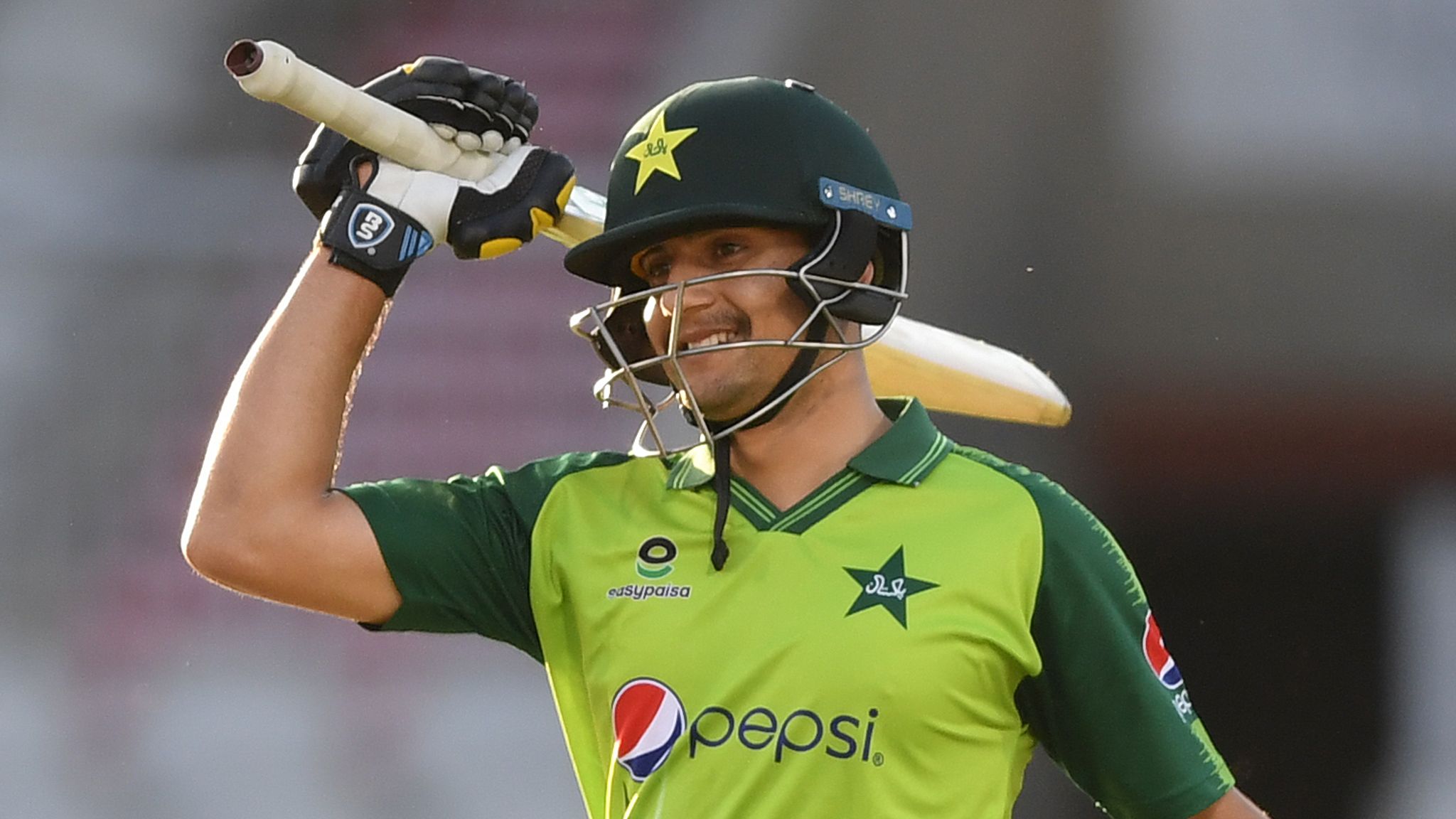 Pakistan batting prospect Haider Ali is pleased with how his career is progressing ahead of this year’s T20 World Cup.

The 20-year-old right-hander was in good form for Peshawar Zalmi before the Pakistan Super League was postponed due to a rise in Covid-19 cases.

It means he will now look to continue his rise when Pakistan visit South Africa and Zimbabwe next month.

The talented batsman will hope to cement a white-ball starting role after being picked in both the T20I and ODI squads.

It is the T20I series that could have the biggest impact with the T20 World Cup just over six months away.

The Attock youngster was the first Pakistani to start his international T20 career with a half-century, which he managed when facing England at Old Trafford last summer.

However, he has struggled to find consistency since then and has hit just one more 50-plus score in the last nine T20Is.

So, a few more big performances would go a long way to boosting his hopes of T20 World Cup selection.

This year’s tournament takes place in India in October, where Pakistan will be keen to cause an upset in the country of their fiercest cricketing rivals.

Babar Azam’s side are currently priced at 8/1 to lift the trophy with bet365 and other online betting sites in Pakistan.

If that is to happen, Pakistan will need the destructive batting of Haider to be on display.

Speaking on his general development, he previously told Dawn: “Overall, I’m pleased at the way my career is unfolding.

“Playing for Pakistan has been memorable but the expectations [of the fans] go high when you are playing at the international.

“This is the key word for success because then you can hope to be automatic selection at the top level since the fans expect more from you.”

Pakistan leave for the twin tour at the end of the month and will play three ODIs and four T20Is in South Africa and two Tests and three T20Is in Zimbabwe.

Meanwhile, there should still be a chance for Haider to stake his World Cup claim with more Pakistan Super League big-hitting.

The tournament is now likely to restart in June, according to the PCB.

“The Pakistan Cricket Board, the franchises and the PSL governing council are aiming to reschedule the remaining 20 PSL matches in June 2021 in Karachi,” read a statement from the organisation.

“June emerged as the most preferred and practical window due to Pakistan’s international commitments in March and April – and late August and September.

“The remaining 20 matches in June are now being planned following the team’s return from Zimbabwe on 13 May and before their departure for England on 26 June.”