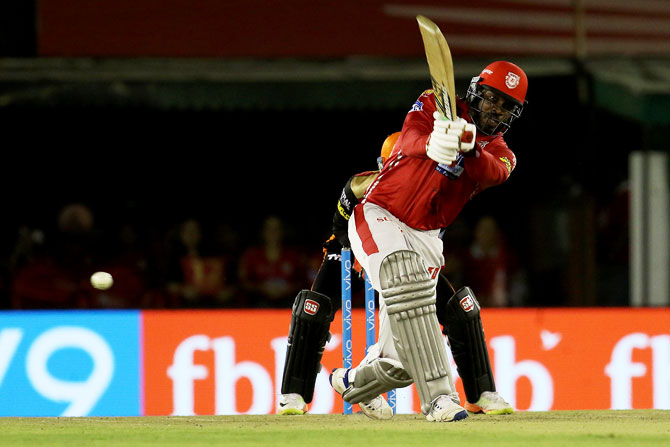 Upcoming season 12 of the indian premier league is almost near to begin and as per fixtures IPL 2019 commence from the 23rd Match at MA Chidambaram stadium Chennai Where Defending champions Chennai Super Kings Team will be face off Royal Challengers Bangalore.

Kings XI Punjab who will be begin the IPL 12 Campaign on 25th March by playing their first match against Rajasthan Royals at the Sawai Mansingh Stadium, Jaipur.

To perform well in the IPL 2019, International stars are the key for the KXIP to win their maiden IPL title. If we look at the past then Punjab Who reached the Final one ocassion in the 2014 where they lost against Kolkata Knight Riders in the Summit Final Clash.

Now let’s see the Three international Stars Who could be key factor for the Kings XI Punjab in the IPL 12 Season.

No Doubt Chris Gayle is one of the Power hitting batsman and its a key for the king xi punjab as they get the Form back while playing from the west indies recently. So they are surely be vital for the Side. Universal Boss Gayle Recently hit the 39 Sixes in the ODI series against England and Make a Record to Hitting the Maximum sixes in the Bilateral ODI competition. Gayle scored total 424 runs on four innings by making two centuries.

So to get the Maiden IPL Title, Gayle’s form are always key for the Kings XI Punjab. He will be open with the KL Rahul. This is surely be a perfect partner as Rahul’s Flair and Gayle’s Brutality surely set the game. If we look at the T20 stats of the Chris Gayle then he surely be a legend players for this format as he scored 12318 runs in 371 games with a great strike rate of 147+.

One of the Aggressive Lower Middle order batsman of the South African side David Miller is also the key factor for the KXIP in this 12th Edition of IPL 2019.

If we look at the stats then Left Handed African Batsman scoring 6137 runs so far in the 278 T20 Matches with a good strike rate of 139+. He also perform good recently in the couple of the south africa matches and also from the Dolphins sides.

Afghanistan Prime Spin Bowler Mujeeb ur Rahman who a memorable Debut in the recently Indian premier league by playing from the same team with KXIP. One of the better aspect for the KXIP as Mujeeb will be opened the bowling for the KXIP inning in the most of the matches they provide the good start and also not giving any freedom to batsman to score freely as they bowling with good economy rate.

Afghan Right arm Bowler played total 11 games and took 14 wickets with a good strike rate of 20.64. Despite bowling in the batting power play overs still their economy rate are under seven runs per over and that will be shows his class.

The Afghan spinner is one of the best bowling assets for the of KXIP in this season. He also have a experience in playing BBL – Big Bash League by playing from the Brisbane Heat so his experience surely help alot to KXIP side.