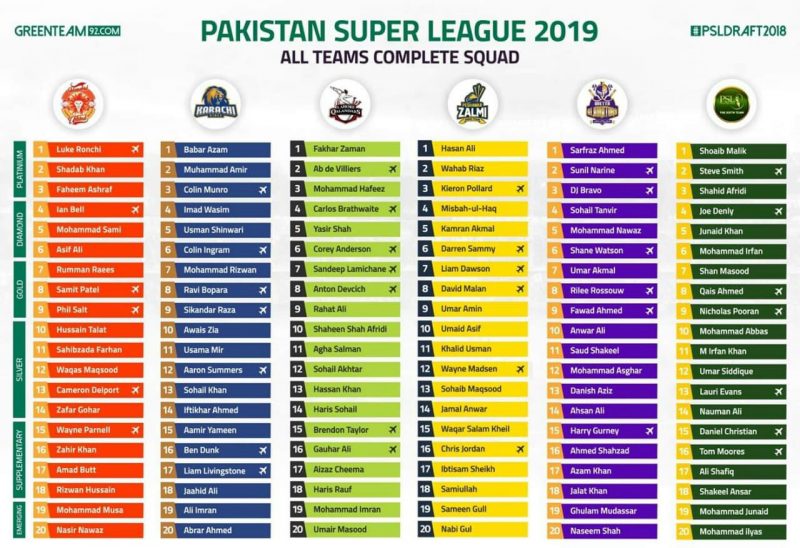 One of the Most growing T20 cricket tournament of Pakistan super league (PSL) Fourth season will be kick off from the 14 February 2019 at UAE and pakistan various venue. previous season of Third Edition of PSL 2018 are very popular and people are look to known for the upcoming PSL 2019 Players and All Six team squad.

Players Draft takes on every year for the upcoming PSLT20 season. In this Players Auction All the cricketers are choosen in four categories of Platinum, Diamond, Gold and silver.

Total Six Franchise of Pakistan which are Islamabad United, Karachi Kings, Lahore Qalandars, Peshawar Zalmi,  Mutlan Sultans and Quetta Gladiators compete in this 4th Edition of HBL Pakistan super league 2019. Check out below the list of Complete squad and players of All Six Franchise of PSL 2019.

Expected playing xi of each team to be added soon