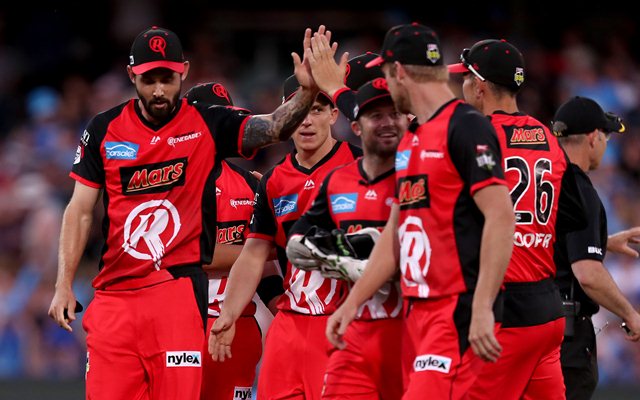 After winning the Important Toss in the Final Match of the Big Bash League 2018-19 Season by Captain of Melbourne Stars they opted to Field first and invite the Opposite Team Melbourne Renegades to Bat first at Docklands Stadium, Melbourne.

With batting first Melbourne Renegades team make a 145/5 in 20 overs and make a 146 run target for the Melbourne Stars to win the BBL 8 Trophy.

In reply of 146, Melbourne Stars opening batsman make a 93 run partnership for the first wickets but after then none of the batsman able to score more and convert that partnership to victory. In the End Melbourne stars Short of 13 runs. So Melbourne Renegades was a Winners of the 2019 Big Bash League Trophy.

Daniel Christian will be pick as a Man of the Match of this game.

Glenn Maxwell, Melbourne Stars captain: We played some great cricket this tournament. To fall short in the end is disappointing. It was great of our supporters to turn up. Thank you for that. Congratulations to the Renegades – you guys have been amazing. Can’t ask more of my guys, it’s been a great journey for the boys and the fans. Hopefully we can go one better next time around.

Dan Christian, Man of the Match: It was a pretty awesome game. Tommy Cooper at the end with me set a competitive total, and the bowlers just stuck to it till the end. This was certainly the best one. We have spent a lot of time together, and we have a great bunch of legs together. Well done Stoinis and Maxi, thanks to the groundsmen, and the fans of course.