There are few events in horse racing quite like the Cheltenham Festival. The four-day national hunt racing spectacular (15th -18th March) always delivers drama and excitement, and it has a broad enough appeal to attract those who don’t usually follow horse racing.

But one of the things that makes Cheltenham truly great is that it offers a chance for those who have been out of form to bounce back on the grandest stage. We saw it many times in the past, with iconic names like Sprinter Sacre and Kauto Star digging deep to deliver one last great performance when the odds were seemingly stacked against them.

And, at the 2022 Cheltenham Festival, there are some big names who might be able to climb back atop the mountain again. The Cheltenham crowds love nothing more than an old campaigner hitting the heights once more. Below, we look at four who could fit the bill this year:

Tiger Roll’s resume is so studded with history that we do not have the space to go through it all here. He is, of course, a five-time Cheltenham winner, with only the extraordinary mare Quevega (6) having won more races at the Festival. Tiger Roll hasn’t really been showing much in recent months, however, and there are some who believe his time in the sun is over. And yet, he has been written off before – several times, in fact. He will tackle the Glenfarclas Cross Country Chase on Wednesday 16th March, a race he has won three times in the past. Can he hold off younger rivals? Fans will be hoping he can pull out something special one last time.

Like Tiger Roll, Paisley Park was once considered a wonder horse, the best long-distance hurdler by a distance. That was in 2019, however, and most believed his best days were behind him. Until last week. In an extraordinary day at Ascot, Paisley Park came from a long way behind to beat some of his younger, more-fancied rivals to take the Cleeve Hurdle. He is now back in the frame again to take the Stayers’ Hurdle at Cheltenham on 17th March. It would be almost unprecedented for a 10yo horse to take the win over 3 miles at Cheltenham, but then again, Paisley Park is an extraordinary horse. 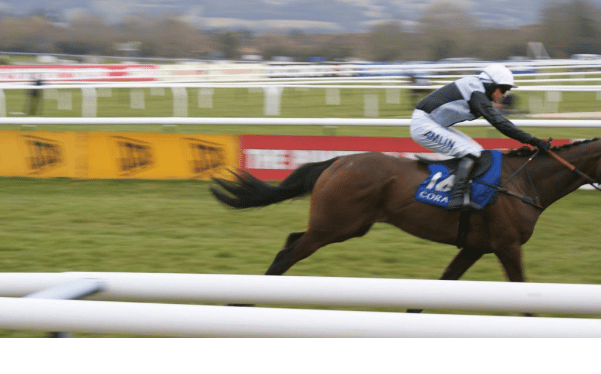 Al Boum Photo doesn’t really fit the bill for being out of form. In fact, the last time he finished outside the top 3 in a race was all the way back in April 2018. But the two-time Gold Cup winner (2019, 2020) failed to regain his crown in 2021, finishing third behind Minella Indo and runner-up A Plus Tard. Like Paisley Park, Al Boum Photo is 10, and Gold Cup winners at that age have been few and far between in the modern era. Still, he is also an extraordinary horse and a Gold Cup specialist. A hat-trick would put him up there with the all-time greats (if he is not up there already). His odds of around 10/1 suggest bookmakers believe he has every chance.

Willie Mullins, the legendary Cheltenham trainer who has a record 78 wins at the Festival, has but one blot on his Cheltenham resume – the Queen Mother Champion Chase. He has had several huge chances before, including the incredible Douvan in 2017. Douvan went off a very short price (he had never been beaten before), but inexplicably flopped when it mattered. Chacun Pour Soi, who was similarly fancied last year, did not disgrace himself when finishing third, but much more was expected from him. Pundits believe Mullins has a better chance with Energumene this time, but Chacun Pour Soi has an entry in the race, too, and he might just relish the opportunity to prove the doubters wrong. Patrick Mullins, Willie’s son, recently said on a podcast that people had forgotten about Chacun Pour Soi and that he still had the talent to win the big one on Ladies’ Day at Cheltenham.

I Am Kartik, Event blogger and admin of this blog. Mostly like to write sports article. Writing article on football is my passion.